It’s the RS models which get all the attention so Classics World looks back at some of the forgotten fast Fords that deserve recognition.

One of the first examples of Ford’s 1990s renaissance, the Puma may have lacked the shouty styling of earlier RS-branded fast Fords but offered the pace of an RS Turbo and the handling to match all comers. “This thing’s really based on a Fiesta?” asked our photographer on the original press launch, gripping the seat with white knuckles as our convoy of Pumas headed down the autobahn at 125mph but yes, it was and the Mk5 Ford Fiestawas a very good place to start.

In later life the Puma range was expanded to include 1.25 and 1.4-litre versions of the Zetec-SE engine co-developed with Yamaha but at launch the car was offered with just the 1679cc version which boasted variable valve timing similar to Honda’s VTEC. The end result was a superbly free-revving engine which was happy to turn in its maximum 125bhp at a heady 6300rpm. Not something you’d have said of a CVH…

Elsewhere, the chassis tuning was the work of Ford’s SVE department who dialled the steering down to 2.9 turns lock to lock and gave the car 19 per cent greater roll stiffness than the Fiesta Si with 5 per cent stiffer spring rates, plus a 30 per cent stiffer rear torsion beam axle. The result was a car which offered the sharp turn-in of something like a Peugeot 205 GTi but without the sting in the tail and overall the Puma was a better driver’s car than any previous RS product. The Ford Racing Puma later turned it up to 160bhp and added a wide-arched body conversion by Tickford, but was destined to remain a low-volume special edition.

The Puma’s cutesy style limited appeal to owners looking to trade in their XR and RS Fiestas and Escorts, which means it’s largely escaped the soaring values of ’80s and ’90s RS Fords, so here’s your chance to bag a hidden gem. Watch out for rot but if you can find one, your entry ticket is just £1000 for a useable car. 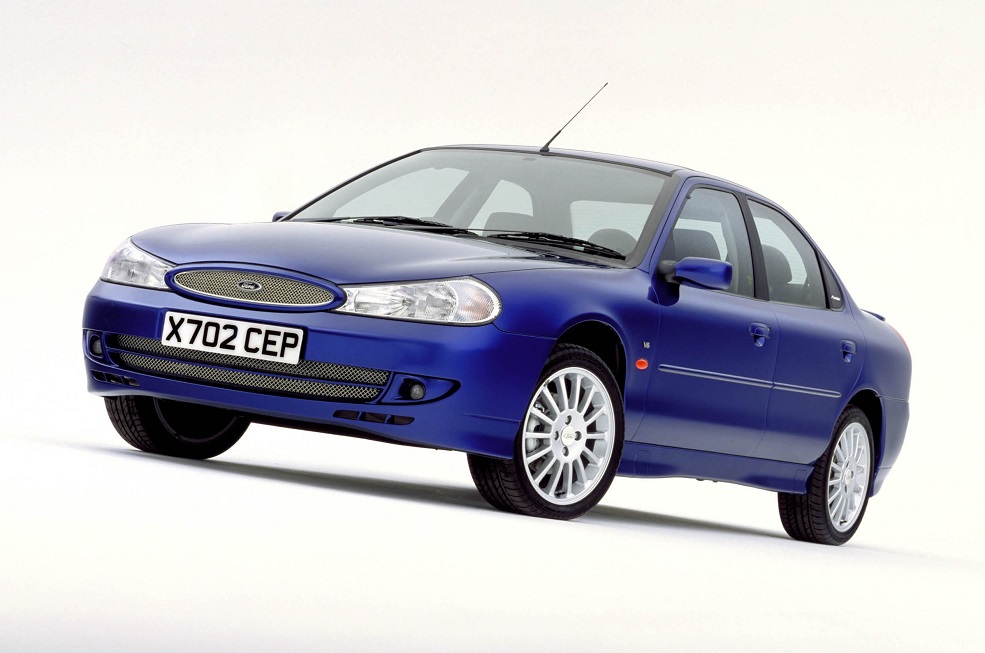 I was editor of Fast Ford magazine when the Mondeo was launched and we were ever hopeful of seeing a Mondeo-based successor to the Sapphire Cosworth… but sadly, it wasn’t to happen. This was an awkward time for Ford’s performance products, since spiralling insurance costs had effectively killed the XR and RS badges and a slightly tenuous Ford Racing brand was temporarily created, alongside the new ST badging.

The first of these ST projects would be the Mondeo ST200 which launched in 1999 and was based on the V6-engined Mondeo ST24. Again the car was developed by Ford’s Special Vehicle Engineering in the UK, but it took some cues from the SVT Contour – the American-market version of the ST200 – which had been released earlier. The 2.5-litre Duratec V6 engine was treated to modified cylinder heads, larger throttle body and an extrude-honed inlet manifold together with an uprated camshaft and the end result was 202bhp at 6500rpm. 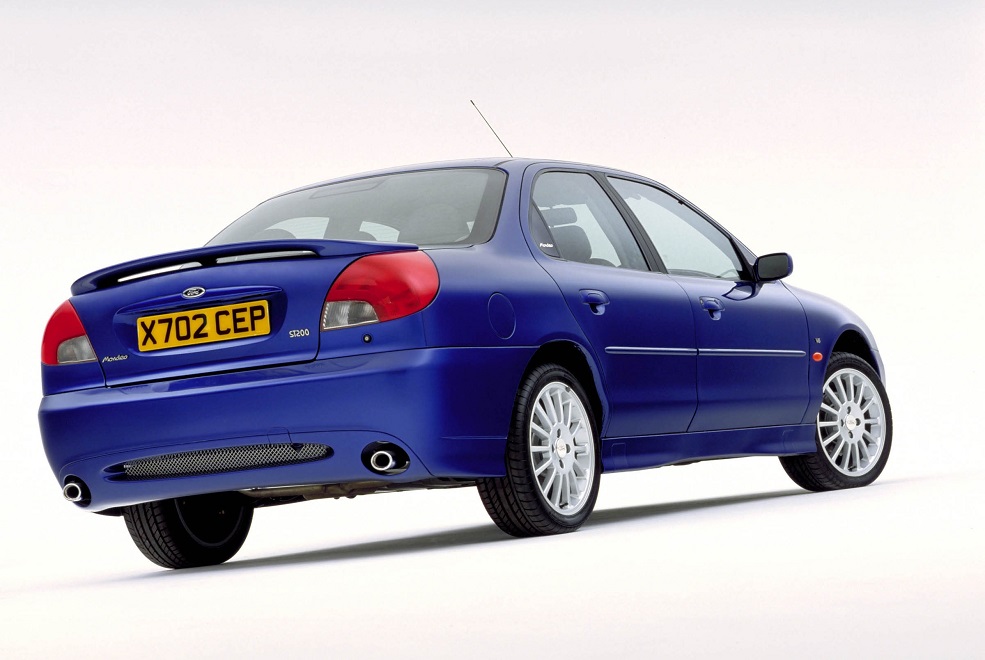 All the engine tuning in the world couldn’t alter the fact that the Mondeo was driven by its front wheels but the car was universally recognised to be at the head of the front-driven pack and SVE refined it further. The suspension borrowed the stiffer, horizontally arranged bushings developed for the Cougar, while the dampers gained larger pistons to improve ride quality on the standard 17-inch wheels. A stiffer rear anti-roll bar helped quell the understeer of lesser Mondeos, while refinements to the steering created a similar feel to the Focus.

The ST200 was a fine package and a car with a very different feel from the regular Mondeo V6 (even the supposedly sporting ST24 model) and the sole colour option of Ford Racing Blue only added to the appeal. The modified engine needed working harder to access the performance but the car was impressively capable across country and in estate form offered a combination few other makers could match.

Fancy one? Then here’s the good news: you’ll find useable and presentable cars for well under £1000 and even as low as £600 in some cases. 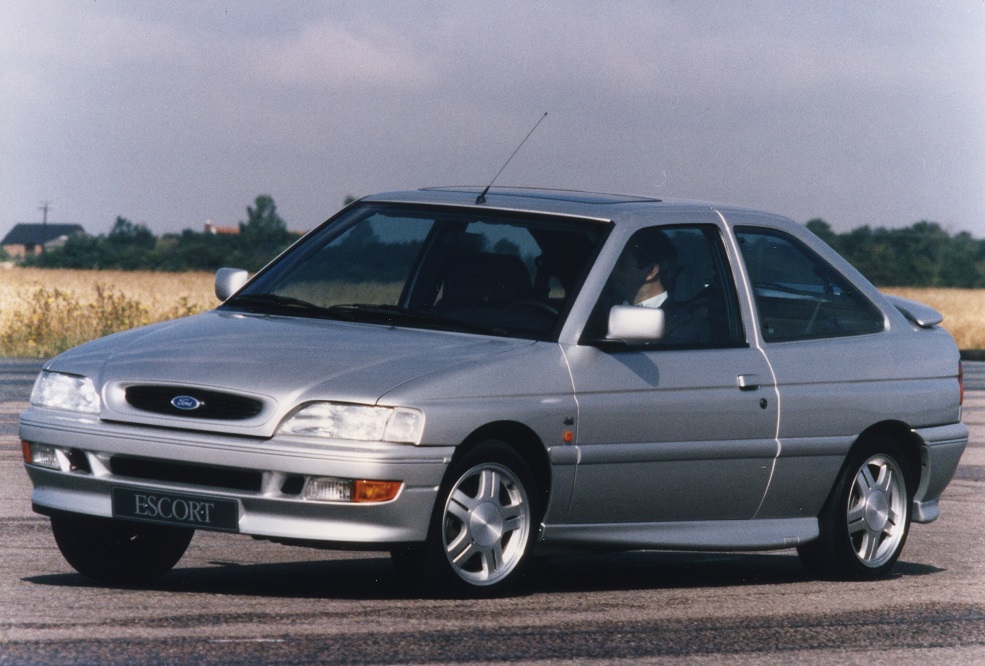 Now here’s one which slipped past everybody pretty much unnoticed. When Ford released its Mk5 Escort to a less than enthusiastic welcome, the model range was hastily revised by fitting the acclaimed Zetec 16-valve engines. This allowed the return of the XR3i badge – the older CVH engine having fallen woefully behind its competition – which was offered in either 115bhp or 130bhp flavour.

This wasn’t the only faster Escort though: in 1991, the RS2000 name had returned but Ford’s announcement of the model was strangely low-key and it tended to be overlooked. The RS2000 didn’t use the new Zetec engines but instead a twin-cam development of the old Pinto engine known inside Ford as simply ‘I4’. Rated at 150bhp, it was a torquey unit and offered 140lb.ft at 4500rpm – usefully up on the weedy 119lb.ft of the 130bhp Zetec engine. This was enough to give the RS2000 a top speed of 129mph and sprint to 60mph in 8.2 seconds.

On the road, the RS2000 featured similarly uprated suspension to the XR3i and inside you found Recaro seats, while double bonnet humps identified it to onlookers. The reborn RS2000 was impressively capable across country but more was to come: in 1993 when the Escort range was heavily facelifted, the RS2000 gained four-wheel drive and in the process created a whole new market niche. Straight-line performance was slightly blunted but the car offered pace eclipsed only by the legendary Escort Cosworth.

Prices start at £3000 for presentable, running cars but the fast Ford faithful are already on the case and show condition examples are advertised at £10,000 so you’ll need to hurry. 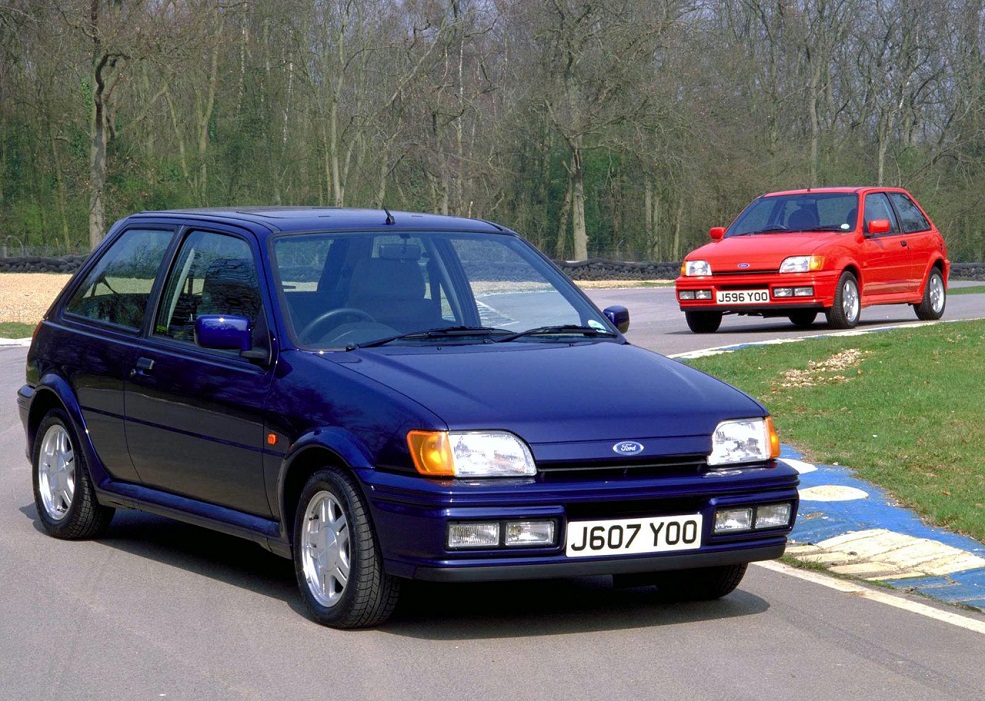 When the Zetec engines replaced the CVH in the Escort range, it meant the end of the RS Turbo engine which left a hole at the top of the Fiesta range. The solution was to replace the Fiesta RS Turbo with a model badged as RS1800, recalling the badge famously used on the Mk1 Escort.

The modern 16-valve engine may have lacked the laggy drama of the blown CVH unit but at 130bhp its headline power output was identical and performance was largely identical: the RS1800 topped out at 125mph against the RS Turbo’s 128mph and the Zetec car sprinted to 62mph in 8.5 seconds against the Turbo at 8.2 seconds.

The RS1800 was destined for a short life, running only from 1992 until 1995 but is prized among Ford fans for its rarity, even though it doesn’t offer the same tuning potential as the turbocharged car. Budget on £3000 to buy a useable example, rising to £7000 for low-mileage cherished cars.